We use own and third party cookies, for the analysis of user navigation. If you continue browsing, we consider that you accept their use. You can change the settings or get more information here.

Leave you to advise for a good professional of Law respect of all those matters with juridical transcendency in which their interests can turn involved and in that their life and their´s also are in dangerous.

In case you are included in judicial judgments for matrimonial divorce or penal denunciation, you need the services of a Lawyer. Bufete Inclán Méndez can help you.

In case you are included in a process of necessary expropriation, you need the services of a Lawyer. Bufete Inclán Méndez can help you.

In case you want to acquire a house already be on plane, under construction or even an used house, the steps and aspects that you have to assume exceed the normal knowledge of an average citizen, so you need the services of a Lawyer. Bufete Inclán Méndez can help you.

In case you are a victim of an arbitrariness on the part of the Administration, you need the services of a Lawyer. Bufete Inclán Méndez can help you.

In case you are a coheir of the goods left after the death of a relative, you need the services of a Lawyer. Bufete Inclán Méndez can help you.

Whatever will be your problem, from 1.989 Bufete Inclán Méndez is an Attorneys' multidisciplinary Office where you will find the human and professional support that you need in the legal and juridical advice of all your matters. Across our Juridical Bureau you will solve effectively your such judicial and extrajudicial problems as matters of matrimonial nature, successions, defense or accusation in penal Law, draft of all kinds of contracts, administrative resources, etc.

Bufete Inclán Méndez is a mercantile company composed by a human team and professional assigned to the Illustrious Bar Association of Gijón (Asturias), city that constitutes our neuralgic center of action, though we play our activity in the rest of Asturias, in the whole national territory and in other countries of the European Union. A human team, in any case, that always works in a narrow companionship and perfectly interrelated with professionals of other areas with links to our Office: Architects, Tax Consultants, Economists, Graphologists, Skillful Agronomists, Doctors and so on. 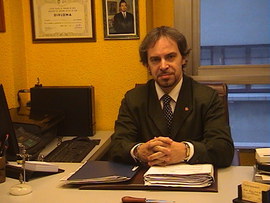 The holder of Bufete Inclán Méndez is Mr. Germán-Ramón Inclán Méndez (1.965), a professional of extensive experience in the world of Law and Business, specially in the real-estate national and international sector.

During the same time as he studied the 5th course of the Licentiate, he enjoyed the III Seminar of Juridical Practice Courses 1.987-88 in the specialities of General Civil, Criminal, Matrimonial and Administrative Law. In addition, he is regularly at the numerous courses of development and professional recycling that both the Bar Associations and other public and private entities organize on great and varied technical matters.

In 1.989, during his Military Service in the Navy, he was sent for the Noses Register Department of Marina's Military Command of Asturias-Gijón, where he was developing his labor in matters related to the Administrative and Commercial Maritime Law. Between October 30th 1.990 and May 18th 1.993 he played the cargo of Legal Adviser of Marina's Military Command of the Maritime District of Asturias in the relating thing to the administrative subjects that concerned to the Spanish Navy about Fishing, intervening in addition as a Legal Adviser in the pacific solution of conflicts happened between fishermen of several Autonomous Communities of the Cantabrian Sea. In consideration of the merits contracted by his distinguished management at the head of the above mentioned Juridical Advising Office, H.M. the King of Spain –and, for delegation, the Minister of Defense- granted to him the Naval Merit Cross of 2nd class, with white badge, in date September 4th 1.996 (B.O.D. #122/93).

The professional branches in which preferably Mr. Inclán Méndez develops his work as a Lawyer are all included in Civil Law (Obligations and Contracts, real-estate Law and of the Horizontal Property and Leases, Hypothecary and Mortgage Law, Successions ...), Matrimonial and Family, Administrative, Commercial and Company Law, and Criminal Law.

Likewise, since October 1.994 he has got the degree of Technical Expert Real-estate, and he managed a Real-estate Agency in Gijón, as well as the Juridical Advising in Asturias of an international Real-estate Promoter.

In addition of the previous activity, he has a Collaborators´vast network which manages from his professional Office who help him in his activity of Management of Soil for the promotion and construction so much in Spain as abroad.

Finally, and as the best sample of this professional´s in Law experience and in Business in the fields of the electronic commerce and the digital Law in the XXI century, since 2.007 he is Qualified as a New Technologies User and as Expert in the telematic exercise of the Law and services with the E-Administration.

Finally, and as an extension of the professional horizons of his Bureau, since two years ago Mr. Inclán Méndez also has come introducing successfully increasing in the area of International Trade, in whose bosom he intervenes in business of dealing of diverse commodities of all kinds from the double juridical and commercial prism.

That´s why as innovation to the strict activity of the Law exercise, since 2.006, and as a successive extension to the first professional expansion led by his old and constant dedication to the real-estate business, Bufete Inclán Méndez has diversified his services to the Client by means of the beginning of his activities inside the world of the International Trade as for dealing of diverse commodities and operations B2B ("business to business", an exchange of goods and services among companies) as an effective and current alternative of extending the integral services that already the Bureau was offering all its Spanish Clients and from abroad, and to take advantage at the same time of the synergies derived from the Globalization of the economic activity and the New Technologies.

Under this context, actually we raise our expansion outside of Spanish borders, and so we are increasing our collaborators' incipient network not only to the relating thing to Spain (which, on the other hand, already was coming taking place for time), but this one includes already stable and permanent contacts in places and so different and distant countries as the principal countries of Western Europe, Romania, Ukraine, Russia, Morocco, Mali, United States of America, Mexico, Argentina, Brazil, Dominican Republic, Popular Republic of China or recently also in the United Arab Emirates, a country of reference to the next future of the world economy and where we rely on excellent knowledge to the highest institutional, financial and managerial levels, which, together with Qatar, have to use us as strategic base of introduction for all our commercial business and as investments related to the capital of the Persian Gulf and to the whole Middle East and the Arabic world widely. 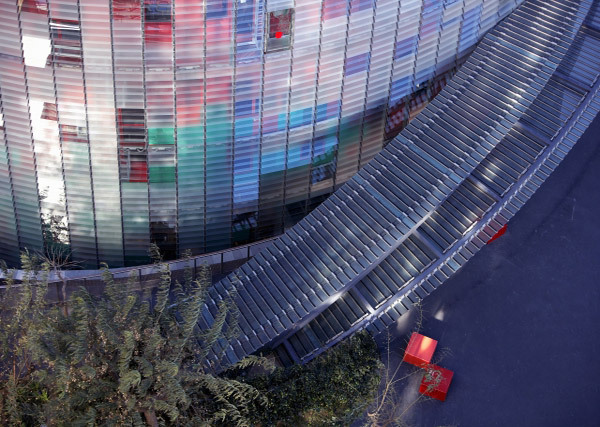